You can find a link to the original Twitter thread at the bottom of the page.

I made a full restoration video of this Atari which you can see here (you lucky people!)

On with the thread!

An initial glance and, under the grime, it looks to be in excellent condition. The switches are a little wobbly, but @MarkFixesStuff has recently shown how to fix those. I’ll look into the cosmetics once I’ve got it 100% working.

A few light scratches on the base. And it looks like it was tested in 2018, so that’s a very good sign. Controller ports are fine too. I don’t have a psu ready for this, going to need to make something to suit that power socket.

Only 1 joystick controller which was the biggest disappointment. Its a little battered and chewed too. I might have to buy a pair in better condition.

A pair of paddles is a nice bonus. One of them has something rattling around inside so I’m expecting some work needed on that one at least. They are both in good condition cosmetically.

Four games came with it. I really need to look into getting either an unocart or some more cartridges. The two on the right have the old dust covers and won’t insert into the console. I’ll need to look into that too.

I just couldn’t resist a little peek inside before I went to bed last night. It looks like this has been worked on previously.

The two visible caps are not original. The big one has been attached to cut legs. This will all need replacing.

I originally thought this piece of paper taped on top of the heat shield was put there by a repair tech and was worried that the holes, which I thought were vents, were covered. Turns out the holes are access to adjust colour and sound on the mainboard and not vents, the piece of paper is there from the factory. Probably some tech signing off the tuning.

Once I saw that it looked sound inside I grabbed my ZX81 psu and tuned in the TV. It works! The paddle controllers are not working very well, so something to fix there.

And the joystick works fine. The cartridge slot is somehow misaligned so the carts with dust cover mechanisms are a real struggle to insert.

I found this paint for the trim restoration in my airbrush stash. Fun fact: Naranja Fuego is @MarkFixesStuff metal guitarist name I’ll probably use this with @RealJamHamster method of sponge application for the trim lines.

More Fun Making It (Lee) · 2 hours ago
@ZZleeZZ
There should be a special hell for people that send delicate and precious items so badly packed. https://t.co/YGBz6JoTLM
View on Twitter 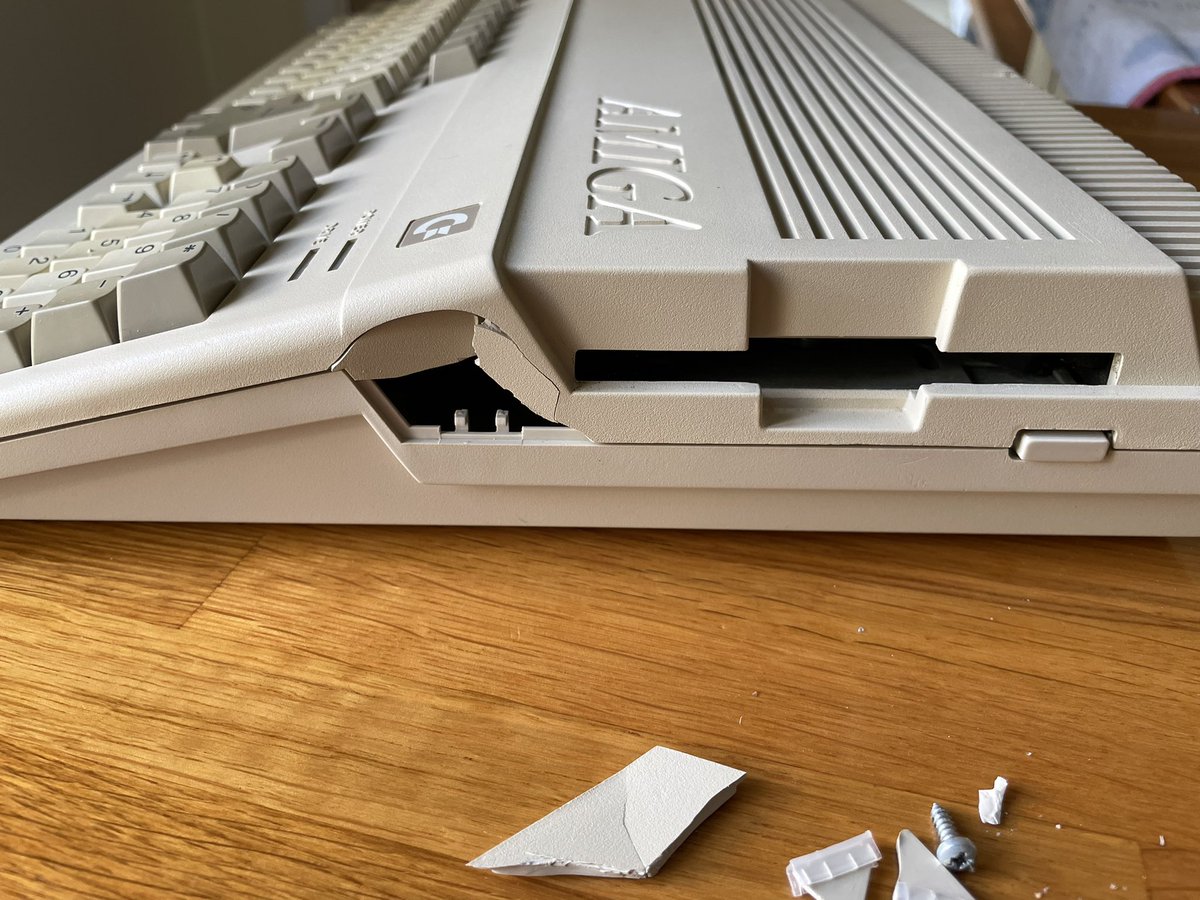 Retro Catone@RetroCatone
That break my heart and really upset me at the same time.
it could have been easily avoided with quality packing material and not using a recycled Amazon thin cardboard.
Fortunately the computer still works, even the disk drive.
But man the case is complete garbage now https://t.co/vUsJl4XNZa
1
14

More Fun Making It (Lee) · 2 days ago
@ZZleeZZ
Hey twitter!
Digital microscope with a screen.
Any recommendation?
View on Twitter
1
8