SHINY SHINY PAINT! Hand-painted art, painted by hand, in an artistic way, on the sides of the pinball cabinet. By hand. The art is inspired by the original Bally pinball machine Silverball Mania.

Paint, failed doors, and the beginnings of trimmings.

March 2020 will probably go down in history, at least here in the UK, for important reasons.

Yes, that was the month I began CRISPAGGEDON.

I expect you would like an explanation? Like what has this got to do with building retro arcade machines? Good question.

Back at the beginning of 2020 I was busy putting together tools I desired which would allow me to begin making stuff from wood. I had been steadily ticking off list items by keeping an obsessive eye on facebork marketplace and gumtree, and had made excellent progress. My first table saw was only £50, that served me well as I learned what to expect from such a tool. The basics were fairly easy to come by without spending a ton of cash.

Once I had ticked off the easy stuff I began to focus on more specific items. I needed a nail gun. It’s a very useful tool when putting together wooden boxes, and I had to find a way to get one.

Money was beginning to become an issue. I don’t have a large amount of disposable income and I had burned through what I had saved already. I needed to come up with a way to afford the next tool.

The tool in question was a Ryobi ONE+ 16 G AirStrike Nailer, and at close to £200 I just couldn’t afford one. These are not a regular on the second-hand market, so I resigned myself to a new purchase.

Now we come to the crunch. I am a crisp addict. To the point, at my age, it is becoming a health issue. I can’t help myself, if there are crisps in the house I MUST consume them. Along with that, I have an unhealthy relationship with Pepsi. The money I spend on these weekly is enough to make a difference to my outgoings. So, I struck a deal with my wife. If I gave up crisps and Pepsi (also chocolate, but I’m not that fussed) for five months I could use the money saved to purchase a Ryobi ONE+ 16 G AirStrike Nailer.

A side note – The 16g nailer was not suitable for my needs. I added the 18g which is far better for what I wanted. It’s still nice to have the larger 16g for bigger things and posing for dual wield selfies.

Oh, then the pandemic struck the world and life changed as we know it, but I’m fairly sure that was nothing to do with me.

It’s now been several months since I finished my crisp and Pepsi fast, and I have slipped back into old ways. But now, just before Christmas kicks off in earnest, I am ready to do it again.

This time I need an air compressor…

More Fun Making It (Lee) @ZZleeZZ
1 day ago
Bought a faulty snes. Looks like the APU is screwed. Game freezes on startup.
So, what do I do...
1. Put it in storage and wait for a donor board?
2. Gut it and put some pi inside?
3. Sell it on to the next chump?
4. Turn it into a clock
(4 is a joke, I would never do that) https://t.co/EjXgFZqDDT
View on Twitter 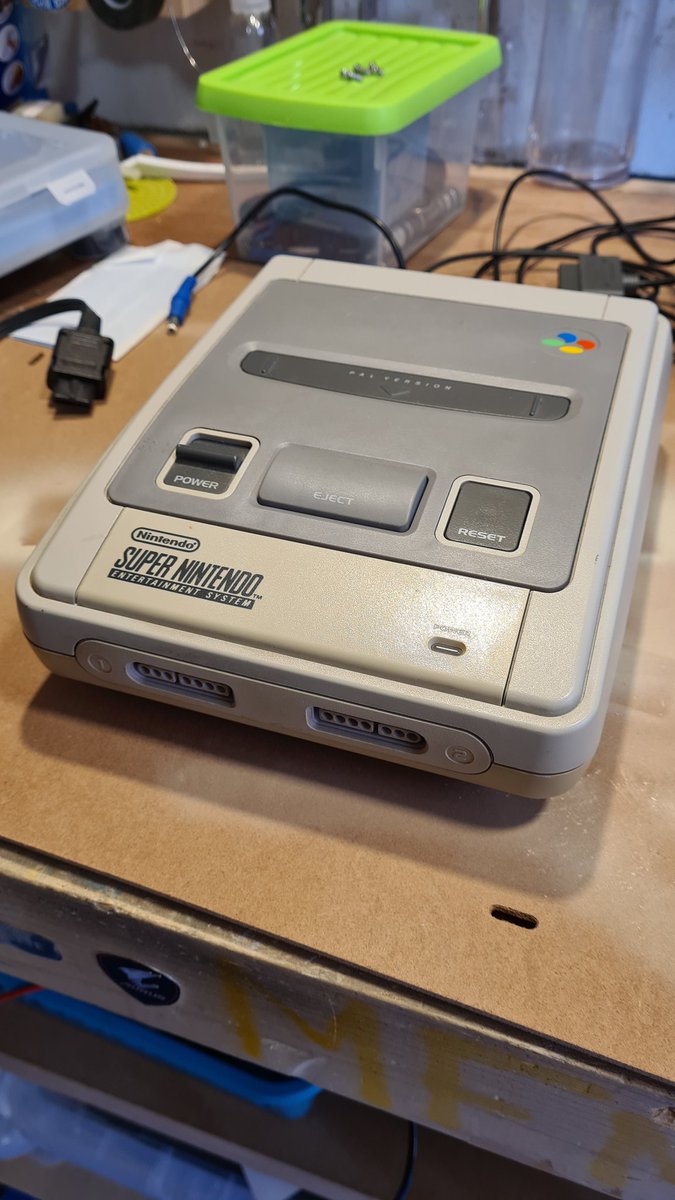