Been a while since I used my 3d printer, always scary using it after a long rest.
Printing like a trooper!
I’m trying to make a mount for a 4 pole socket in the back of the Atari 2600. Want to make a no-drill solution.

This is version one. Pretty sure it will need some tinkering to get right. Only takes 20 minutes to print so not a terrible strain on my time.

Version one will not be the final version!
The middle section isn’t attached one side. Small hole is too small. Too long on one side and too short on the other (this happens when you don’t flip everything 😂)

This is the hole I have to work with. It’s complicated by that pillar.
Second pic is version 1 in place. Took some filing but it looks like it will work. Final pic is the panel mount socket I’m trying to put there.

Version 2 I managed to make fit really nicely. Then I realised the hole for the socket was too small. When I tried to drill it out… Well, you can see.

Version 3 is ready to print!
Stronger, and with the correct size hole 😁

Version 3.
I still need to make a few small adjustments to make it easier for someone else to use when I share it. But it is in there and the concept works!
I think it was @RealJamHamster who suggested a right angle cable.

Inside. I need to put some insides back in to make sure it isn't causing problems

Version 4. The final version (assuming I've not introduced a fault) Its a little late for printing now without being shouted at. I'll spit this out tomorrow and test it. If it works I will put it up on Thingiverse for all to try 🙂

Version 4 printed and it fits very well.
A couple more to print for the other 2 Ataris.
This was a lot less painful to get done than I expected.

More Fun Making It (Lee) @ZZleeZZ
2 days ago
Won something interesting on ebay. Its not here yet but this box poses some interesting questions.
Looks like I'm a Binatone collector now! This is console number 3
#RetroGaming https://t.co/ghRu9u3hM3
View on Twitter 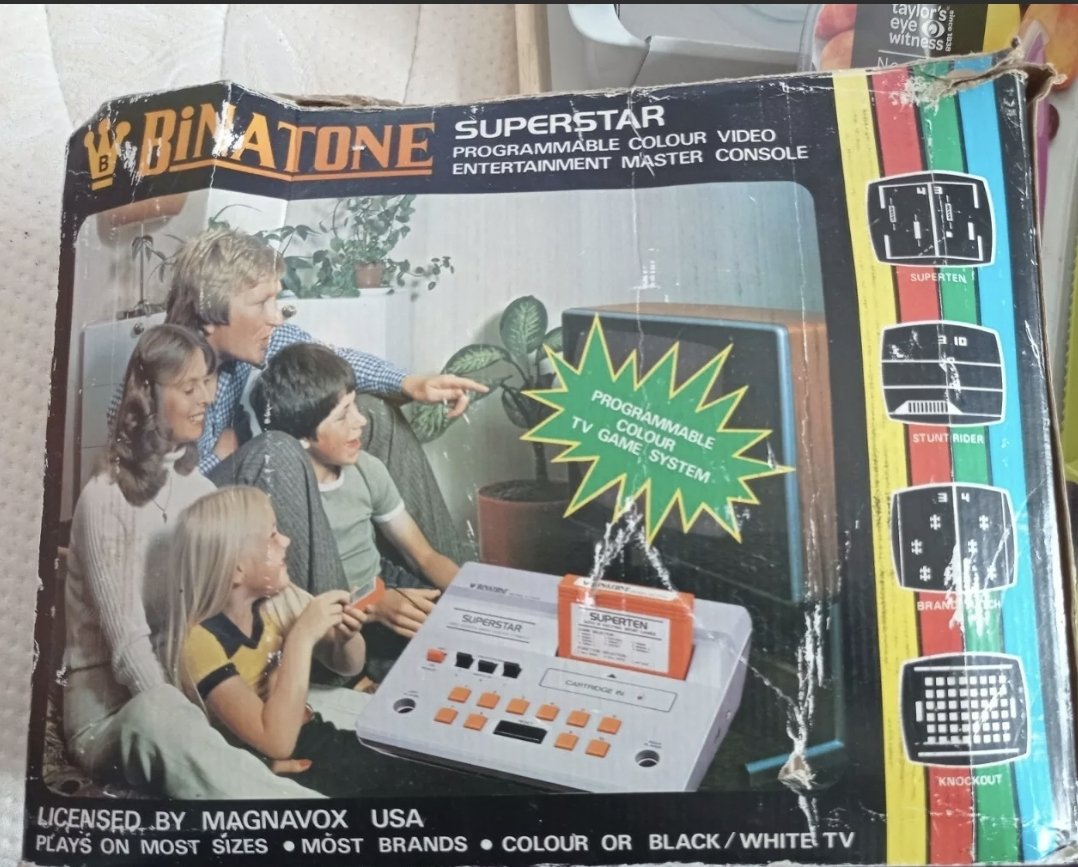